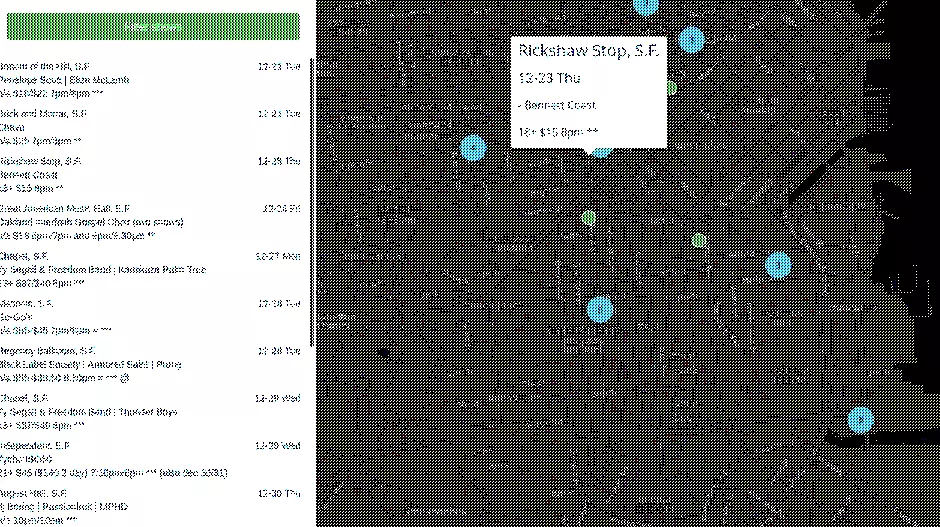 https://metasyn.pw/sfshows was a project i started around 2014 to show where various venues are in the san francisco bay area. the shows are scraped from an amazing resource: The List. the list has been around for quite some time, and does a great job listing a lot of shows in a pretty nice, simple, accessible format. like craigslist! 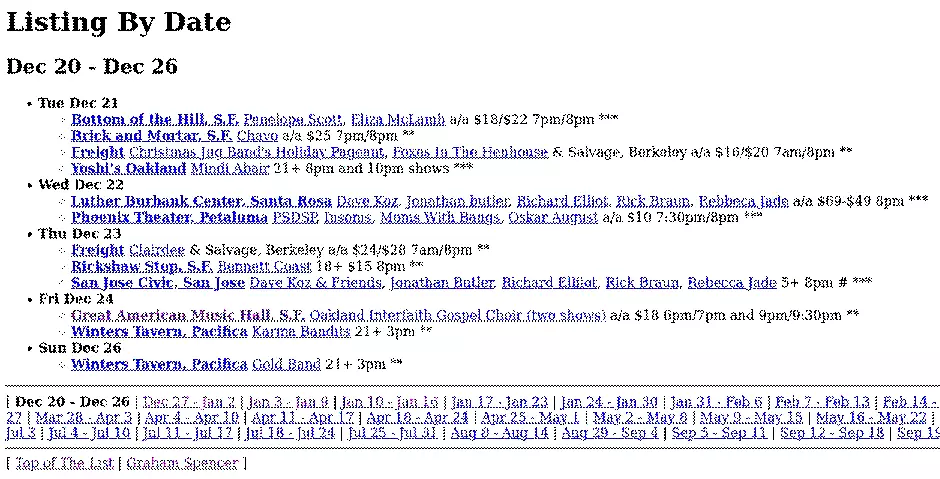 however, i found myself forgetting which venues where which, and more importantly, which ones were on my side of the bay (in san francisco usually). in order to map these resources, i’ve manually entered all of the latitude and longitudes of various venues over the years:

in order to map the resources presented on the list, i wrote a small parser in rust. previously i had a cronjob that ran this, but finally decided to just make it a route on its own binary. like other projects, this was my first time writing any rust code. the source code can be found on sourcehut.

you can also use the json formatted results of the list at https://metasyn.pw/show-scraper.

once we have a json list of shows to use - the site uses MapLibre and react primarily. originally, the site was written in vanilla javascript, but i wanted an excuse to learn some react when i first started encountering it. i ended up switching the site to use react just as a learning opportunity, and likely will change it again sometime when i need to learn some other frontend framework.

you can see the source code of the mapper itself on sourcehut.