some notes and links related to intentional communities

A co-op, or cooperative, is an autonomous association of people who join together to meet their common goals through a jointly owned and democratically controlled organization. There are co-ops in almost every sector of the economy: housing co-ops, worker co-ops, producer co-ops, healthcare co-ops, financial co-ops, and many more.

Cooperatives are based on the values of self-help, self-responsibility, democracy, equality, equity, and solidarity. In the tradition of their founders, cooperative members believe in the ethical values of honesty, openness, social responsibility and caring for others.

i spent the majority of college living in a student housing cooperatative in santa barbara. i really enjoyed a lot of parts of living in non-market, non-profit housing, with shared ownership, and responsibility of all the good (and bad) things that happened there. while i don’t think it was easy, or for everyone, i feel that it helped me grow a lot and i cherish the experience. the sb coops allowed member owners to serve on the board of directors, which was great to learn more about the operation of a 501c3 business. while i was acting as treasurer on the board of directors, we were able to expand our coops to include a new house, named “merton” - which houses just under 20 people or so.

the mondragon corporation is one of the world’s larges cooperative federation, in the basque region of spain. it operates across finance, industry, retail and knowledge sectors and employs ~75,000 people. it is a worker owned cooperative,, which noam chomsky called an example of “partial” and “pieces” of 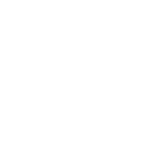 project kamp is a group that are creating an intentional community in portugal. i really like the organization and its very neat to their focus on pragmatic environmentalism with an eye towards locality, longevity, but also considering global processes. project kamp is one component of a larger network called one army. one of the particularly cool aspects of their approach is that they film and share their progress on youtube and also have “research modules” for sharing what they’ve learned in the process towards a bunch of things. this ends up creating a guide of sorts to follow in their footsteps. you can see more about the general idea/plan here.